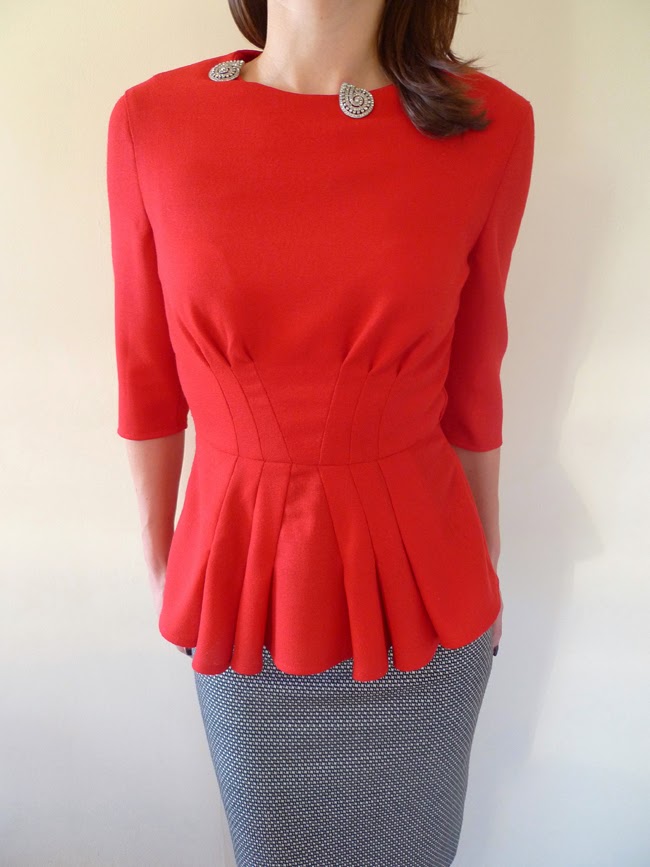 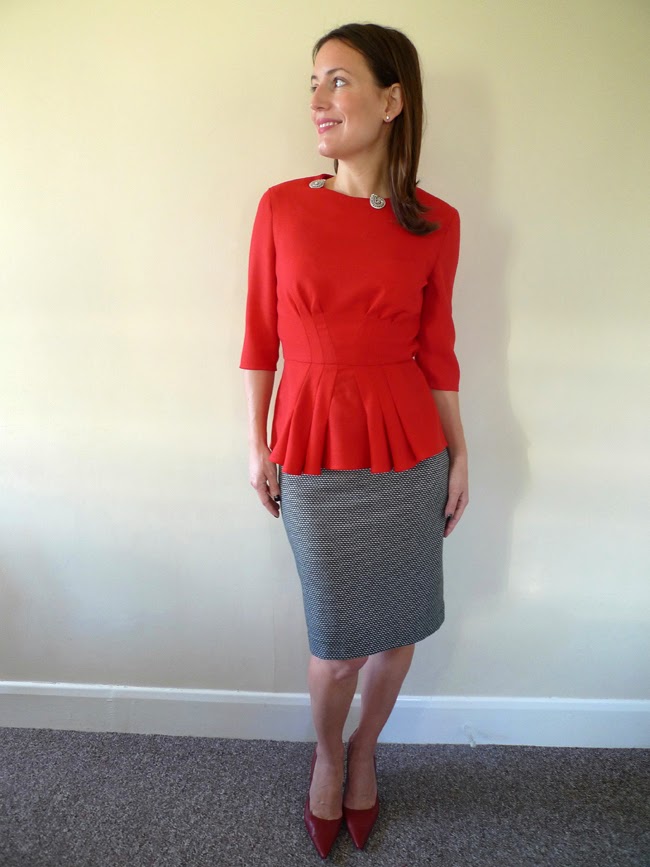 Like my last peplum, a metre of fabric was only just about enough.  I would have liked the sleeves to be a little bit longer, only about an inch or so.  Maybe I'll replace them if I get hold of this fabric again....maybe not.
Here it is with the matching red gabardine skirt. 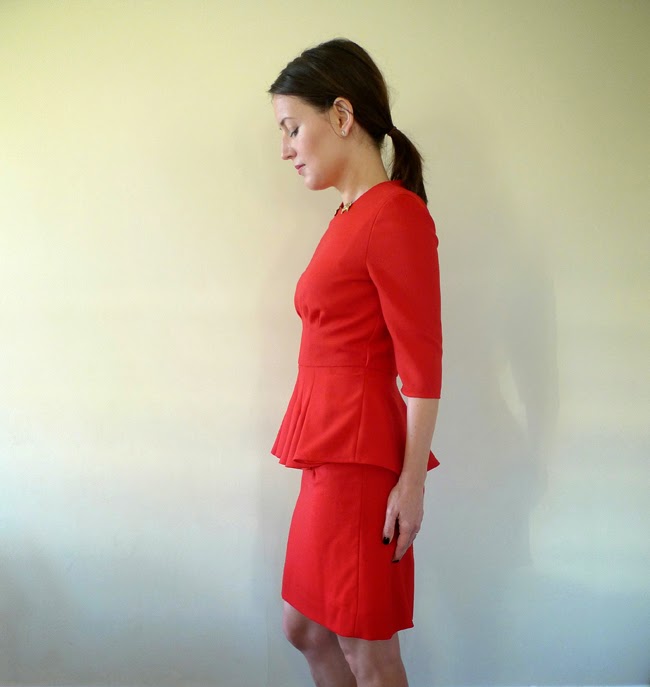 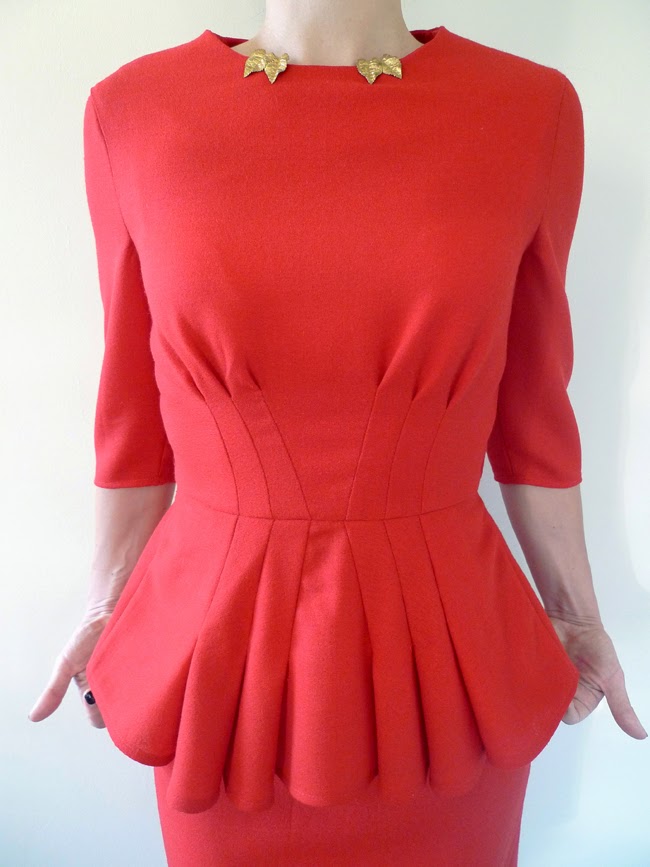 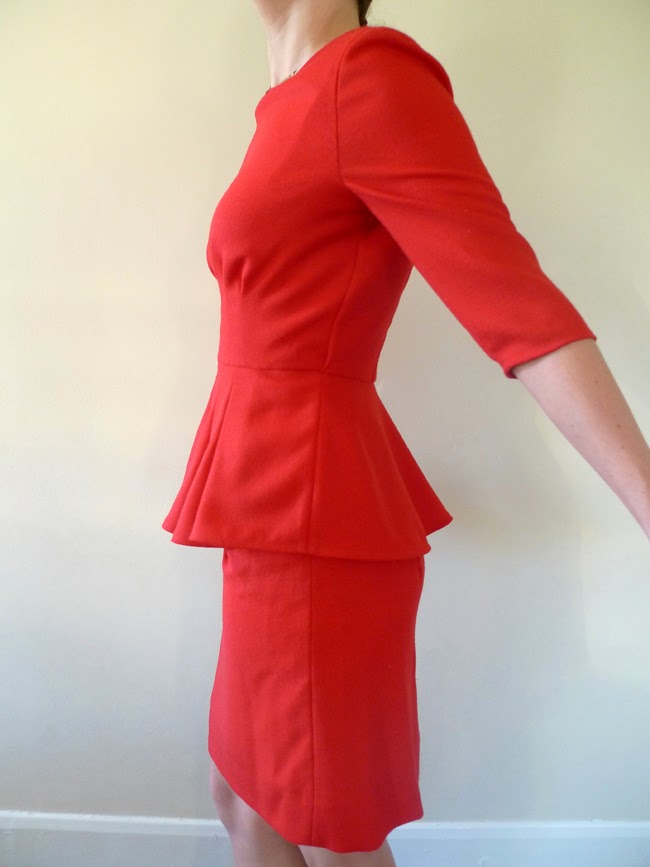 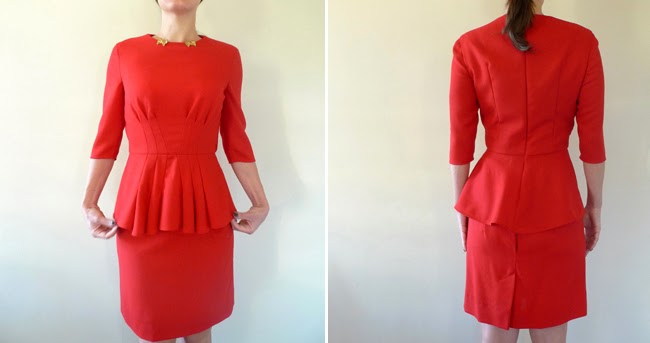 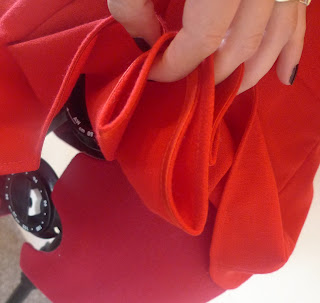 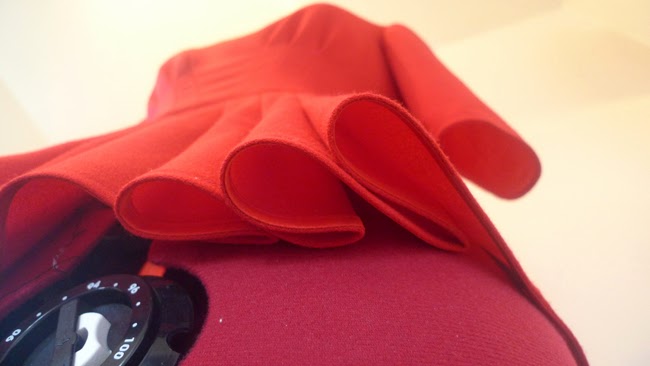 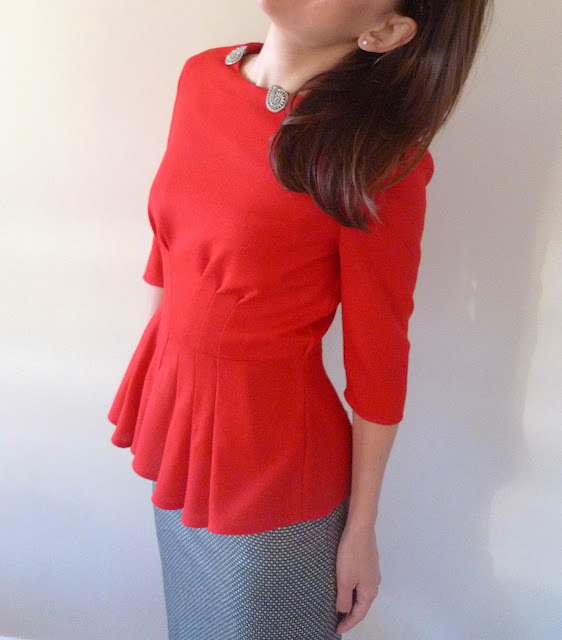